Preeminent preschool hockey tournament attracts scouts from around the world

The world’s top four-year-old hockey players battled it out over a long weekend at the 2018 Winnipeg Elite Pre-K Showcase last month, each team jockeying for the top prize and each player looking to get their name on the next hockey scouting report.

“This is the place to be if you’re a serious 2014-born hockey player,” Brown Bears coach Todd Hickenlooper said. “If you get a good scouting report on your kid on Twitter, you never know where it may go.”

The atmosphere in the arena certainly conveyed the seriousness in which those attending took the competitions.

“The boys aren’t working hard enough. It’s almost like they’d rather be doing something else … which is crazy, of course,” said Joe Schlotski, a parent on the Gators, as he took another bite out of his seemingly endless basket of doughnuts. “Come on! Skate!” he yelled furiously as sugary bits of doughnut spewed across the stands. The Gators didn’t make it past pool play.

Not everyone was so critical on the state of play for their teams. Demons coach Bob Buratti was thrilled with his team’s performance in the tournament. “The boys played well the entire weekend. Jonny Winkler, arguably the best 4-year-old lefthanded center in North America, perhaps the world, was absolutely dominant.”

Winkler was a boy among toddlers as he netted an impressive 34 goals in six games over the weekend. Rumors were already flying that his parents had put their suburban Chicago house up for sale and were evaluating programs across the continent that could provide better exposure and development for their sure-thing superstar preschooler.

The tournament champion, the “Soviets” as they call themselves, came to win. “Most of the other teams would hit the pizza buffet, go swimming in their hotels or play at the local playgrounds between games,” noted Coach Fred Ivanov. “Not our team! They immediately went into post-game recovery protocol – ice baths, stretching and massage. That was followed by a post-game meal consisting mostly of grilled tilapia, kale and raw oats.”

Ivanov’s observations were spot-on. One of the Soviets’ opponents, the AAAA Premier 2034s (the year signifying the group presumes to enter professional hockey) simply didn’t bring it. Tommy Van Acker, their top defenseman, fell while chasing his brother in the hotel and sprained his ankle.

These four-year-old athletes aren’t like their peers. “While those kids back home are watching Paw Patrol and taking unneeded naps, our players have dedicated their lives to this sport, participating in daily on- and off-ice workouts, and watching game video in their downtime,” Tarantulas  coach Sam Simonet said. “You can’t get that sort of development riding bikes around the neighborhood with friends or playing soccer. Our kids are elite.”

“Elite” was a commonly-heard word in the stands. Most parents in side conversations with our reporting staff mentioned the term. Their kids were labeled the “best,” the most “dedicated” and had the greatest “potential.”

Coaches, parents and players weren’t the only ones reveling in the weekend madness. Scouts from throughout the world descended on Winnipeg to evaluate North America’s preeminent showcase of pre-K hockey players. Billy Nilsson, a self-proclaimed scout who claims to have signed a number of the 2014s at the tournament with his player rep agency, agreed to speak with us.

“Listen, hockey today is not like it was when I grew up,” Nilsson said. “Kids are so much better now. Do you see how many skate trainers are out on the ice? None. Go to any public skate at your local community rink and you see a bunch of wimpy kids holding on to a PVC pipe for their dear lives. They might as well just quit. They’ll never catch up to these kids.”

As the tourney ended, a new generation of hockey players was born. They passed the tests, most notably the ability to go through airport security and sit in the car for an exponentially longer time than they’ll ever touch the puck in a game. It seems now that it is only a matter of time before many of these players become highly-paid professionals (most likely in an office, retail, or industrial setting, although professional hockey certainly still is statistically possible).

The events depicted in this article are fictitious. Any resemblance to actual persons, living or dead, is purely coincidental.

Josh Levine is the Assistant Coach of the Bloomington Jefferson Girls Varsity Hockey team and owner of The Fortis Academy. Fortis works with youth associations to implement skill development programs with all teams, from Mites to Bantams. The program includes parent education seminars, coaching clinics and Fortis skill-based practices. If you’re interested in learning more, shoot Josh an email at joshletsplayhockey@gmail.com. Follow Fortis on Facebook and Instagram. 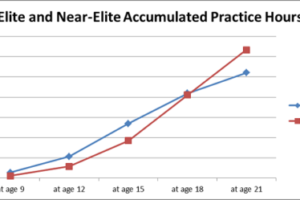 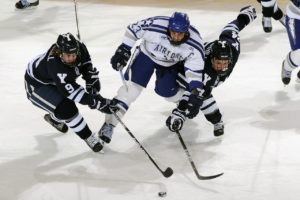 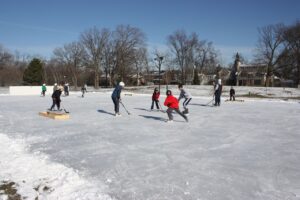 Outdoor ice without organized hockey hasn’t happened in decades! We[...]